The video below is from a 1978 Italian television show. In it, singer Raffaella Carra (ID via) performs a medley of Beatles songs. And it's ... um ... weird. Like, this weird: 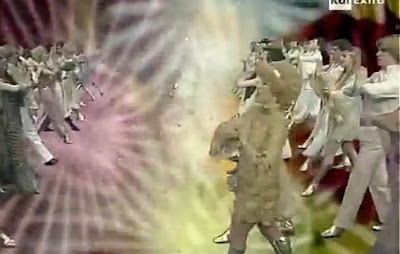 But it's just getting started! Next comes this: 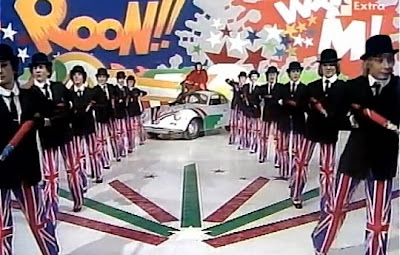 You start to think, "wow, how could this get any weirder?" And then this happens: 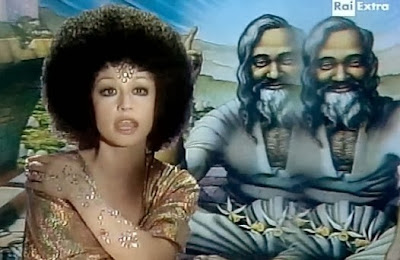 The songs performed in the musical collage are, in order:

And it concludes with a mashup of them all over the na-na-na's of Hey Jude. Oh, did we mention that the medley is performed over a disco beat?

The Hard Day's Night portion of the medley features guys wearing elephant pants. Literally. They have two tusks and a trunk hanging in the middle, just like ... um, well, I'm blushing ... 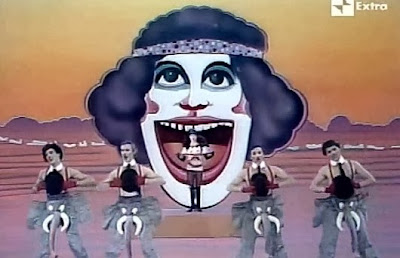 And then there's this part near the end, with guys wearing nothing but ties and tophats to cover their naughty bits: 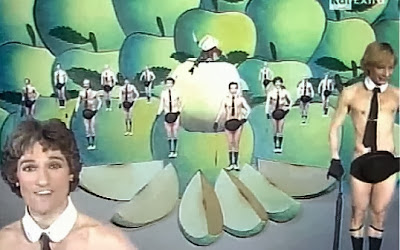 Great googly-moogly! Was everyone in Italy stoned in 1978?

And now is the video. Just remember, if you watch this ... you can never un-watch it!