Humphrey Bogart Bloopers (He Did Not Like Making Mistakes!) 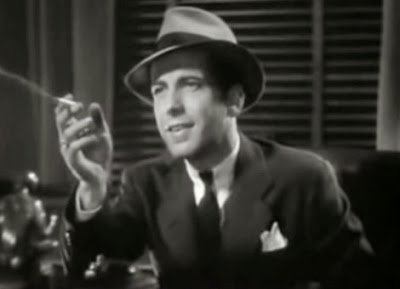 In a conversation with a movie buff friend recently, my friend mentioned that he once owned a 35mm film of nothing but Humphrey Bogart bloopers. Well, you know what they say: If it's on tape, it's on YouTube. And sure enough, I found some examples. Here's a roughly 4-minute reel of Humphrey Bogart bloopers, which shows Bogie's reaction to blowing his lines was sometimes laughter but more often a sharp "goddamn!":

You can find the full Warner Club clips on archive.org.

(*Is it "Bogie" or "Bogey"? Varies from publication to publication, person to person. But Bogart himself spelled it "Bogie."