The video is based on the work of photographer Carli Davidson. Davidson's photos are collected in a book called Shake, which you can learn more about at ShakeTheBook.com.

The video itself was hot by a production company called Variable, which explains on Vimeo:

SHAKE is based on a photography series of the same name by co-director Carli Davidson. The work was inspired by her own dog Norbert, whose drool she regularly cleans off walls due to his own frequent shaking.

In 2012 the Variable team stumbled upon Carli Davidson's photo-series-gone-viral, "SHAKE", and immediately fell in love with the images of dogs that she was able to capture. The combination of innocence and ridiculousness had us all hysterically laughing, and of course thinking; "We NEED to meet this Carli and bring her images to life!" Fortunately for us, Carli responded to our enthusiastic e-mail with an even more enthusiastic e-mail stating that she was totally down to collaborate and had a very similar vision! After months and many meetings of trying to figure out how we could even afford to make this film, we all just decided to empty our pockets, pull some serious strings, and make the video purely for the fun of it.

A couple screen caps from the video: 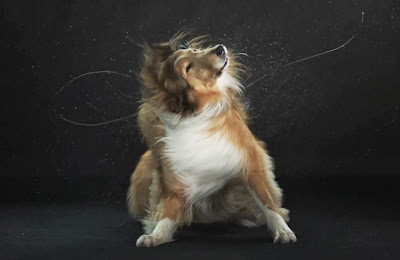 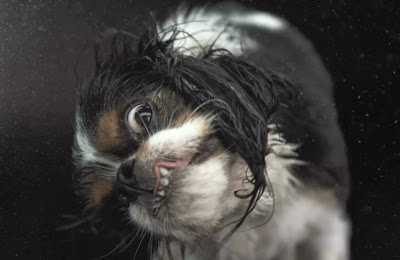